“Europe is my home” Youth Exchange in Spain 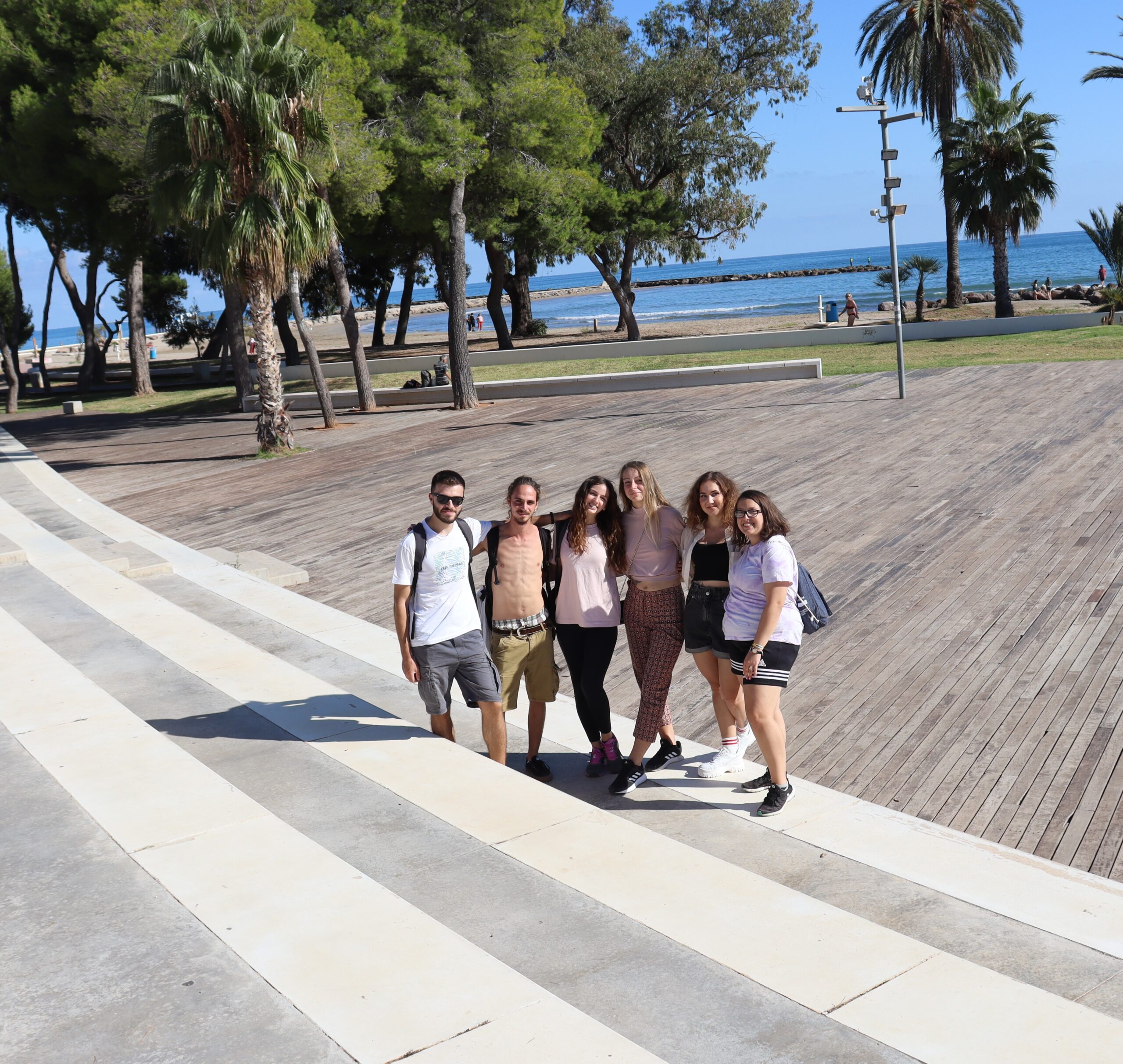 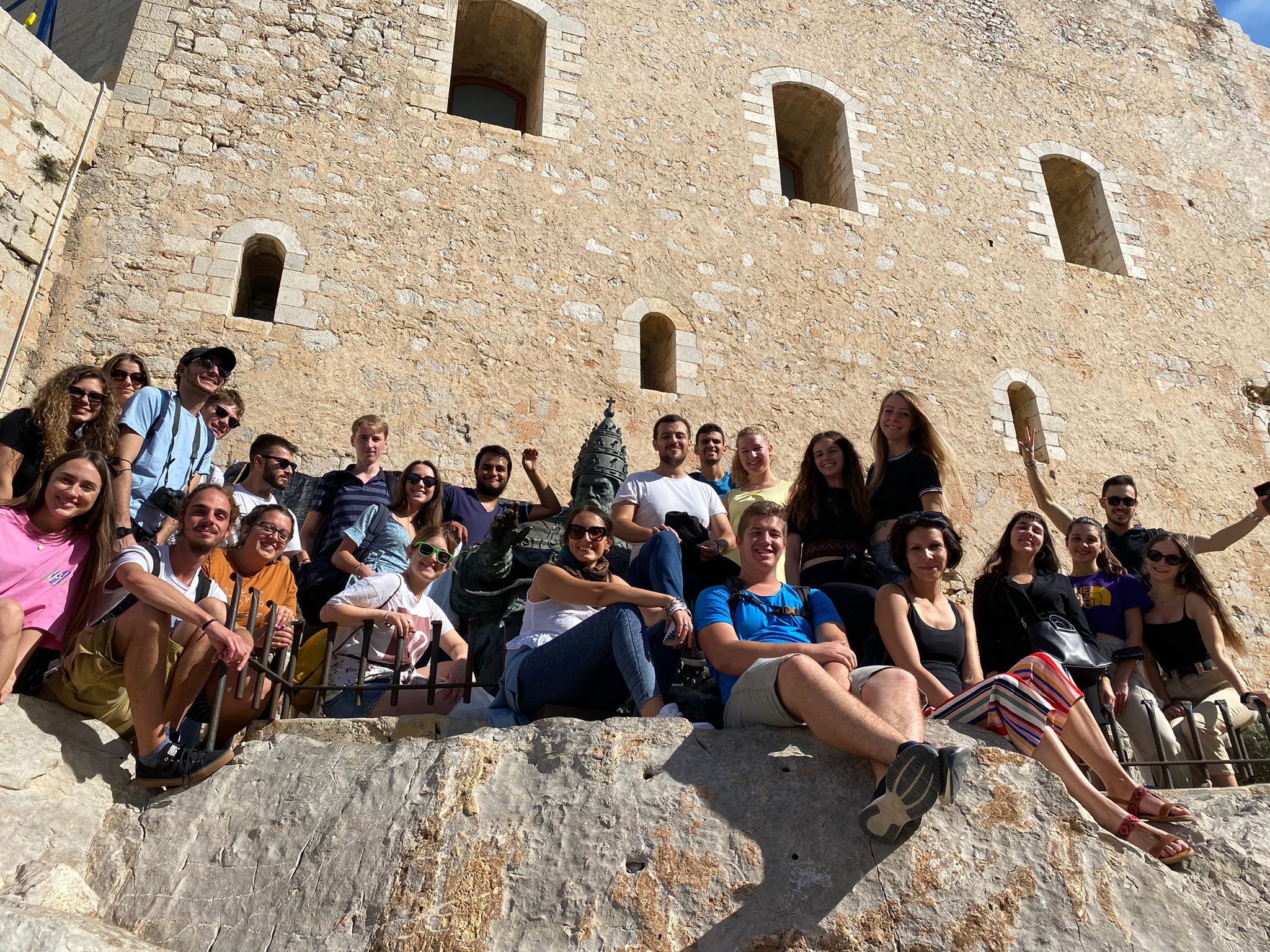 Eleni Tsaousi, GIORGIOS GKILIOPOULOS, MICHALIS VAKALOS, ALEXANDROS PANIDIS, Sofia Agathonikou, Konstantinos Moulas, Participated in “Europe is my home“ project ! They all coming back happy, gaining a different perspective on life. They all return with their broaden horizons, socialized with great and special people, learned a lot of things about themselves and thanks to everyone they know now, that this was just the beginning of a wonderful trip in life!!

On the 22nd of October 2021 we embarked on an unforgettable journey in Benicàssim, Spain. For me this was the 5th youth exchange I have participated in, but I wasn't any less excited to be a part of it. As always, Erasmus isn't about the place but the people. From the very first day, I met really interesting, positive and open-minded people, who shared their life stories and cool experiences with us. We connected, we shared and we inspired each other.

During the 6 days of the project, we took a dip in the sea, we watched the sunrise, we went to the magical Peñiscola were we visited the castle and tried traditional Spanish food, we danced, we exchanged recipes, we played games and we had really interesting conversations about several topics. On the other hand, at the intercultural nights we were able to travel to more countries, through the food, the traditional dances, the photos and the histories we heard. It was especially interesting with the Transylvanian night, since I had no idea about the division in the region and it was really cool to learn about the history there.

I could generally say that the project exceeded my expectations. Carlos had really interesting activities planned and I enjoyed our conversations so much. We talked about the EU, its values, its positive and negative aspects, we played games to highlight the diversity inside the continent and the necessity to accept everyone as they are. Pablo, the kind Guatemalan soul, talked to us about minorities in Europe, he enlightened me about the history in Latin America and he shared his views on the European continent. Overall, it was a very productive, fun, social week that -along with the sand in my clothes and shoes- I will keep forever with me ♥️.

I had the opportunity to participate in a Erasmus Project in Spain, Benicassim.

To begin with, about the organizers, I do believe that they were capable to deliver the basic topic of the Europe and European Union in general without being tedious or dull.

It was incredible experience that everyone should experience at some point in their lives. The activities were very nice and interesting, while interacting with people from different countries and exchanging views and cultures helped me to broaden my horizons, overview some prejudices and generally gain a different perspective on life.

It was something that cannot be described in words, but must be experienced! At the same time we had the chance to make friends from different countries and cultures.

Hello everyone, my name is George! I really have no words to describe this experience and where to start from. All the people there are just amazing, the bond and vibe we created was gorgeous. Everyone had a different story behind but their smiley faces was the most important thing!! We all became a family so fast that you acted like you know everyone for years!!

The activities were also really great! Every activity had something different from the others, was 100% on point and had a hidden message or meaning, that was ending up as a conclusion to the topic of the day! The facilitators Carlos, Jorgita and Pablo are one of a kind! They are really masters at what they do, just because the love it! It was very very easy to understand that it was something they wanted to do and that's the reason why it was so successful! They didn't just talked us about Europe and European Union and told us to do some activities.. they were really helpful with everything and everyone, we was talking and playing games even if we had free time and this is the thing that made the difference!!

As my first program I learned so much things about our topic "Europe is my home", but the most important thing was that I socialized with great and special people, I learned a lot of things about myself and thanks to everyone I know that this was just the beginning of a wonderful trip in life!!

Europe is my home (2.0) was a unique first experience of the Erasmus+ Youth Exchanges. During a single week I got to meet people from 6 different countries and made friends that I hope to keep forever. People that got so familiar to me, through the activities we were involved in, as well as through spending time with them during the rest of the time. Apart from having so much fun, we learned a lot from each other. We had discussions and activities about several aspects of the EU and Europe in general, we learned about the participating countries and their people. And most importantly, we learned about the other participants and got to see their point of view of many subjects. Opinions that we wouldn't otherwise have the opportunity to see. So if I had the option to stay a week longer I wouldn't hesitate for a moment.