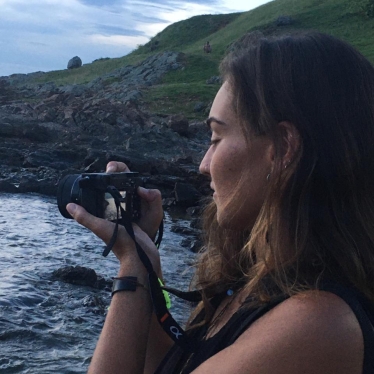 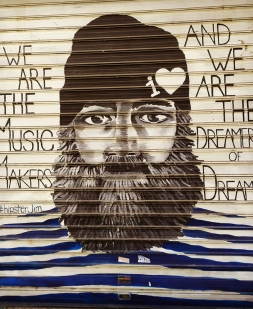 When I arrived in Greece for the first time I got an idea of what it was going to be like for the next two months. At first, I was just coming for a short term, I didn’t know anything about Serres the city where I would be working in or much about the Greek culture besides what I had studied back in high school about ancient Greek. I knew about its beauty and a little about some of the most famous dishes like Mousaka or Tsaziki but had no clue about the greek people. When I got to Thessaloniki from Madrid, I was exhausted, not because it was a lot of traveling but I was feeling a little sick and hadn’t slept at all the night before coming, between the excitement and that I had an early flight I just fell asleep for a few hours. When I got to the airport and picked up the super heavy suitcase that I had packed without thinking too much (I packed 4 winter coats) why? If I was just staying for the fall… Maybe I knew I would stay longer. Anyway, when I picked up my luggage I saw that it was missing a wheel. Now what? Instead of going to baggage claim, I decided to just get moving, I wanted to get to my final destination and sleep. So I exit the airport and walk towards the bus with my broken suitcase that weighed over 25 kilos, a small suitcase, and a backpack. But I managed. I got on the bus to go to the main bus station of Thessaloniki to then get another bus that would go to Serres. Of course, I get stuck in rush hour traffic, and instead of taking 45 minutes as the bus usually takes it took one hour and a half, and I was standing up the whole time as the bus was full and I had no available seat. Also, I could barely fit on the bus with all my luggage. Finally, I get to the bus station and I start looking for a bus that says Serres in Greek, it was easy, I found it fast. But when I asked the driver Is this bus going to Serres? He didn’t know what to answer. I guess I didn’t pronounce Serres correctly or he saw in my face I was tired and a little worried about getting on the wrong bus. So, he asked one of the passengers to help me out. A young boy came up to me and asked where I was going, I said Serres, and he said yes this is the right bus, I will help you with your suitcase, I think he could see I was struggling a little. So we get on the bus, I was feeling so relieved to be sitting down after two hours and knowing that soon I would be in my new home and that a bed would be waiting for me. The boy who helped me sat down next to me and we chatted the whole time. I got to know a little bit about the region and I was happy that I made a nice buddy my first day in Greece. Now it has been 4 months since that day. And I will be staying for at least 4 more months. Now after all these months here I can say that I love greek people, this beautiful country and the delicious food! 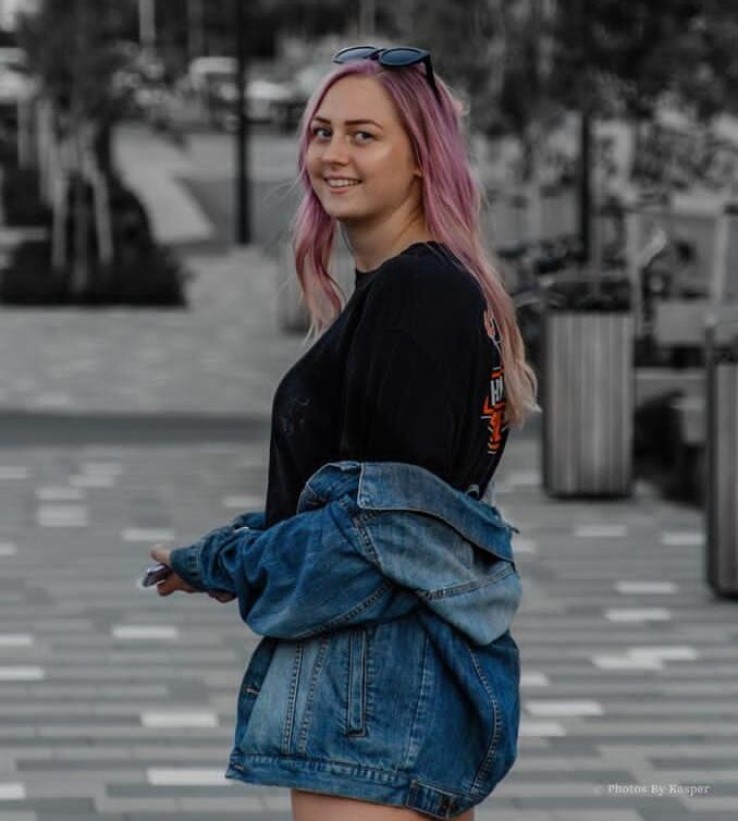 Praxis is located in a well-sized town Serres, which offers a lot for the volunteers. It is surrounded by a lot of nature and mountains; where we usually go on hikes during the weekends. There are also many options for leisure time; the movies, internet cafes, regular cafes, gyms, tennis courts, yoga and much more! People in Serres are mostly welcoming and excited to talk to foreign people. It is also quite close to Thessaloniki for a great weekend-getaway trip and has great transportation connections with nearby towns. I like that we have the chance to learn Greek too, because it helps us in our daily lives and i believe the locals also appreciate our efforts in communication with them in their native language. 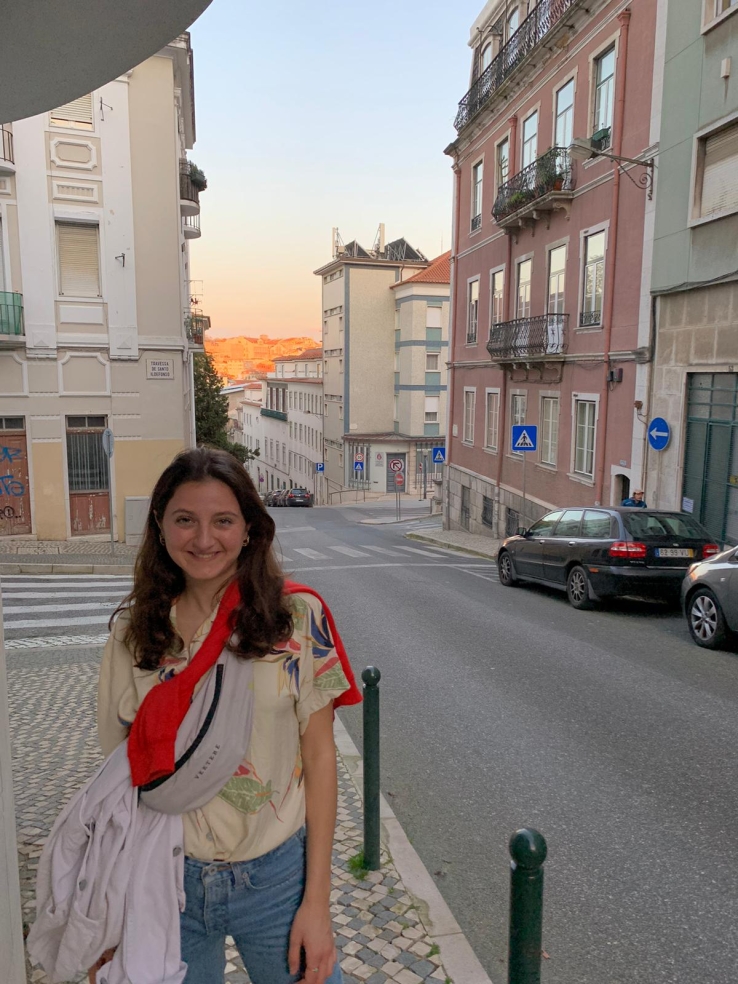 In Oktober, right before the lockdown, I went on a trip to Thasos with Melissa and Lucy. It was off-season and when Covid-cases were rising rapidly in Greece, so we found the island practically empty. But somehow it made the experience all the more special. Because of the newly established Covid-restrictions, it was impossible for us to rent a car, even though we counted a household. Nikos, a super nice local, lend us his own car. We were able to explore all the old villages in the center of the island because of him. He even drove us to the ferry when it was time for us to leave. He made a little detour and showed us Kostas pottery, a small pottery that is more than 100 years old. Kostas was very passionate about his art and showed us around. We rented bikes and found the most beautiful beaches, had the Giola Lagoon, usually a tourist attraction, to ourselves and sat for hours in tavernas, ate Greek food and drank ouzo or wine and went for long hikes. One of the best experiences on Thasos was our 7-hour hike to Mountain Ipsarion. We hadn’t thought things through when we started, as we started around noon, didn’t bring enough water and didn’t calculate that we had just switched to standard time and the sun set an hour earlier. But what we experienced on that hike was magical. The landscape was breathtaking, there were mountain goats everywhere, we could see a storm on the horizon, walked through clouds and saw a rainbow over the sea. Half of our way down we had to walk in the dark, which made things adventurous and a little scary, because we couldn't really see where we were stepping, but it was a very unique experience and in hindsight, what made it so special was our poor planning. 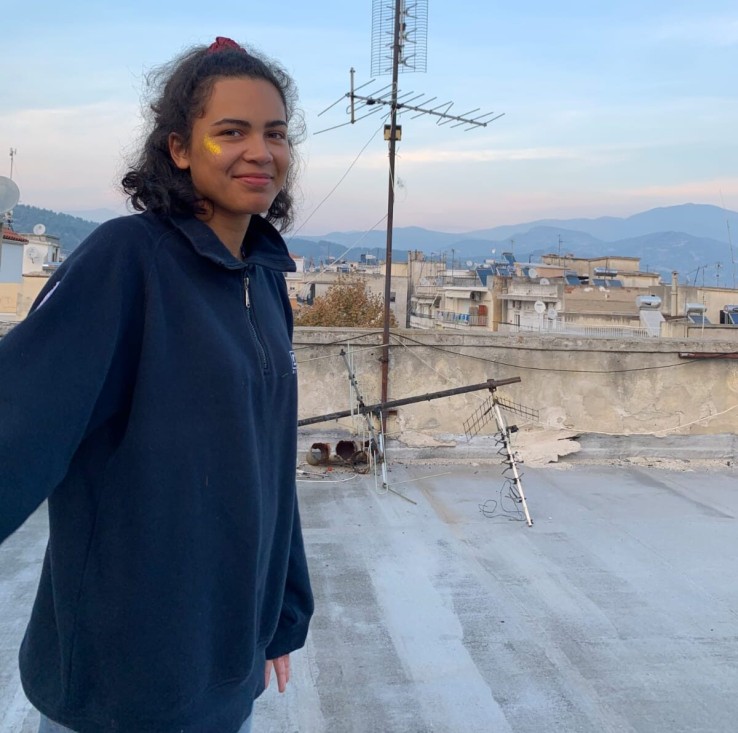 Throughout the time I spend here in Praxis, I had many funny and interesting experiences. With the work in Praxis, I learned to be more independent and I found out that I like working on my own. It was weird and new for me to live in a smaller town. Now I like finding new parts of Serres I have not seen before. It was also new for me to live with so many people my age. I enjoy it, I am never bored and I learned to be more organized. I travel a lot to other cities in Greece and the beautiful beaches with the other volunteers. There we enjoy the good weather, meet new people and have a lot of fun. 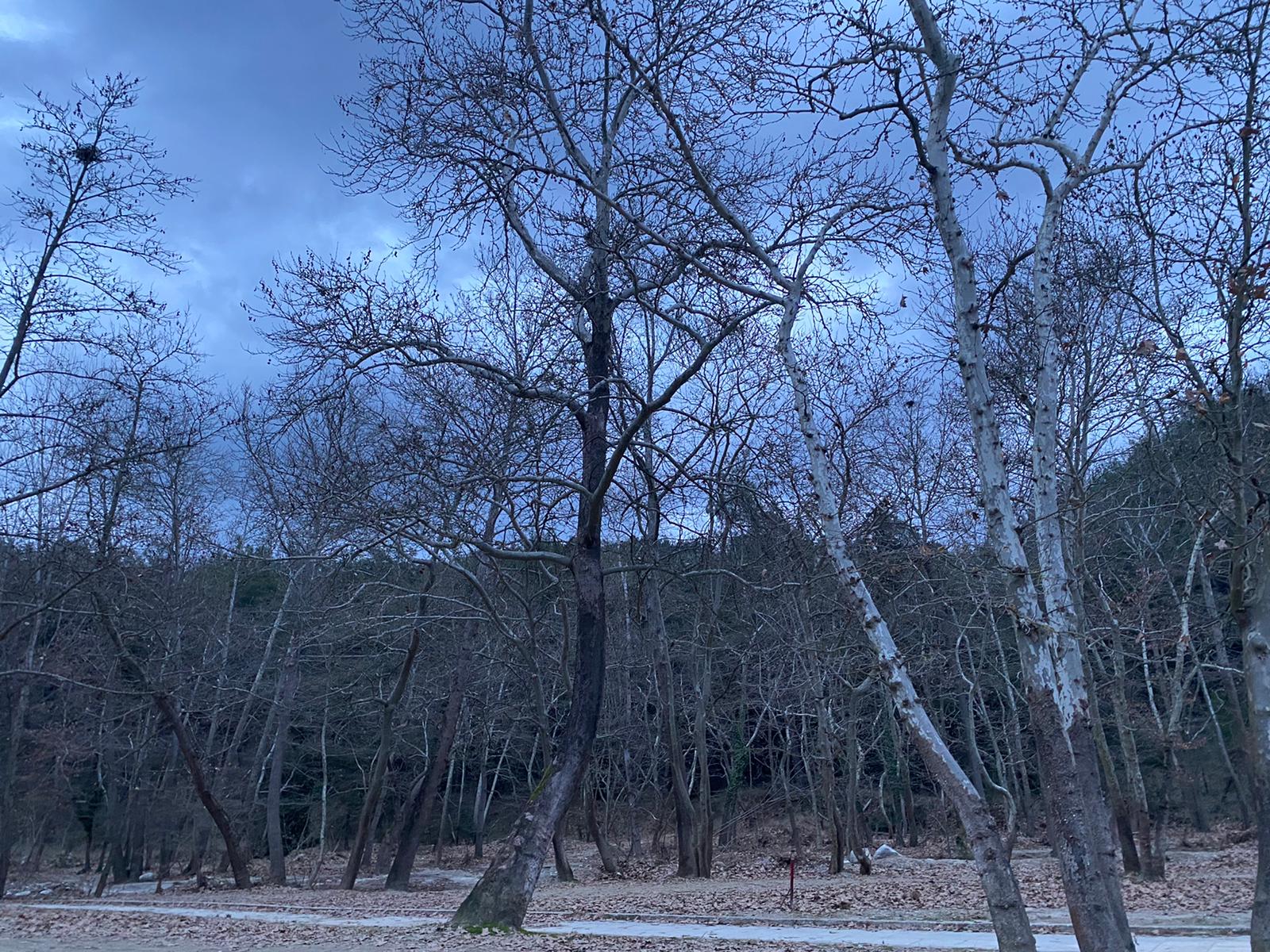 Being in Praxis taught me more than being independent and a part of a multi-cultural environment. I learn from what to do when my car gets a flat tire to how to manage and do online campaigns. The time I spent here also made me learn the skill of budget management and how to be more independent. In our weekly meeting I learned what professionalism means and how to actually do a lot of brainstorming so we can put in action our best ideas. What I love the most is how every time we have an idea, we really enjoy the process that puts in action that idea. The communication is very effective and the best part is how we approach conflicts and somehow we always manage to find a solution. It's really amazing how we are surrounded by nature, the closest beach being 40km away and the Valley from the city is Really amazing! You can simply just take a walk and it's guaranteed you will feel better and inspired. Praxis has such incredible partners such as the local dog shelter where the volunteers went to help during a flood in January. For the online campaigns we are trained to act effectively for the best impact wheater the impact is online or offline. We follow our own methods that are proven to be very effective and the results are very good. We have access to the Rodon FM Radio station which is incredible and has all the needed equipment for creating good content. You can do live broadcasts, recordings, podcasts and anything you can imagine. You can even play music from a vinyl! I think that's cool. The community of Serres is very welcoming and also the local volunteers are super nice and kind. Every time the language is a barrier, they always help so we can do things right. Thankfully, we also have Greek lessons that are so interesting and effective A very funny story could be the one when me and the girls came back from Kavala and 15km before Serres my brake from back -left wheel out of a sudden decided to get on fire. Everyone was very confused and the first thing I did was to get the fire extinguisher and try to stop it. Then we waited for the tow truck and all I can ask is how many people get the experience of driving around in a tow truck? Let me tell you, not many. I am very grateful for this whole experience, I strongly believe that everyone should try volunteering with European Solidarity Corpse because it's a great opportunity for your own personal development but also you create new connections and long lasting friendships. "They say that Erasmus is not just a year in your life - but your life in one year."

During my stay as a volunteer in Praxis, I have learned about the importance of communication and team work. In addition, with restrictions, almost all of our work is now online and my technological competence has improved a lot from since I first came to Greece.